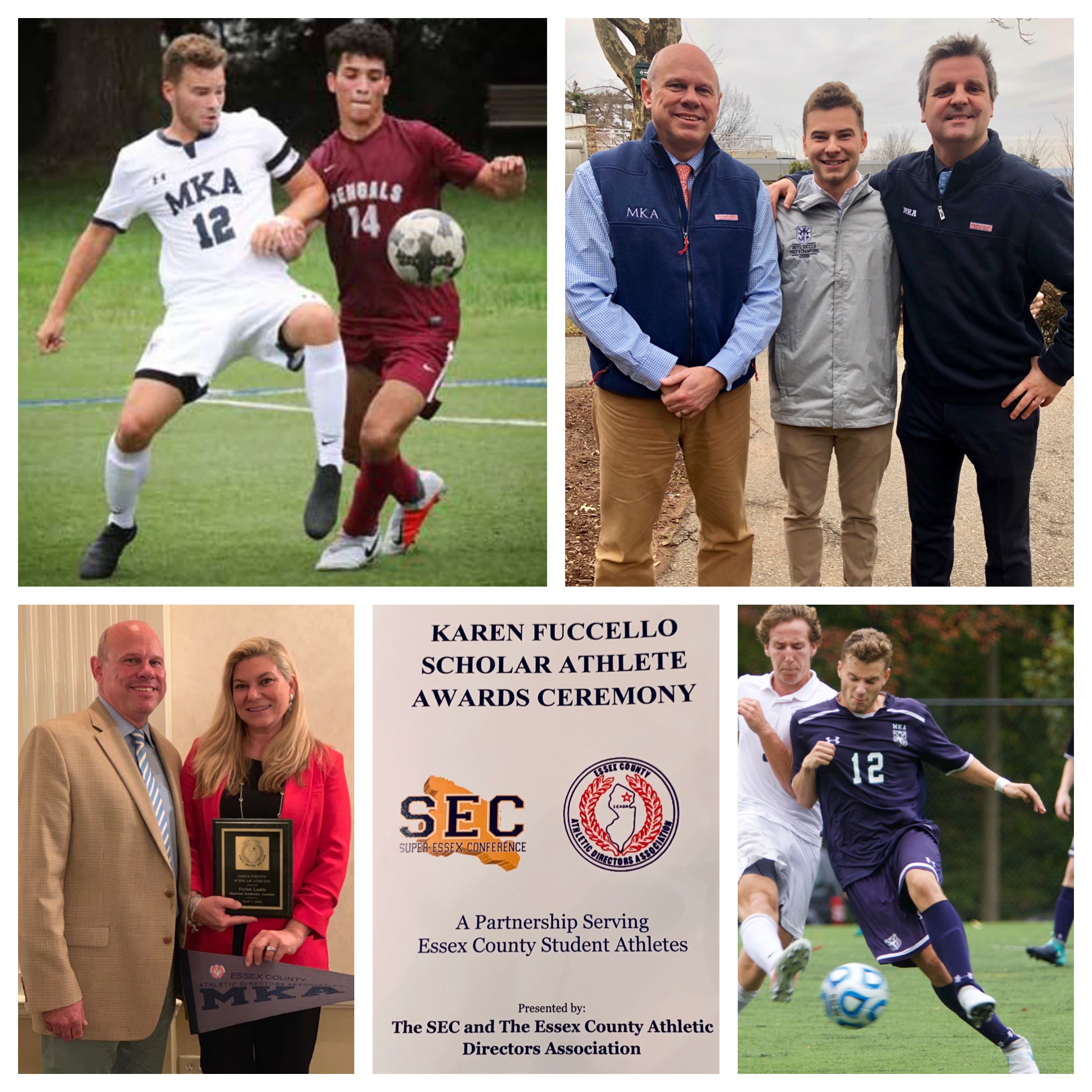 MKA Essex County Scholar Athlete Award male recipient Dylan Ladda '19 (Varsity Soccer) was Co-Captain of the 2018 squad and helped lead the Cougars in "back to back" NJ Prep State Championships in 2017 and 2018. Dylan registered 58 career goals for the Cougars including a hat trick in the NJ Prep Finals this past fall against Princeton Day. Dylan's mother, Jennifer (Jones) Ladda (MKA '84), accepted the award on his behalf as Dylan is currently traveling in Italy for his May Term project and was unable to attend the award dinner at MayFair Farms in West Orange, NJ. Dylan will head to College of Charleston this fall where he will continue his soccer career.

MKA's Essex County Scholar Athlete Award female recipient Lily Pryor '19 (Varsity Soccer and Varsity Lacrosse) was a Co-Captain in both Soccer and Lacrosse her senior year and helped her 2017 Soccer team earn a share of NJ Prep, and the programs first ever Essex County and Non-Public B State championships. In Lacrosse, Lily is currently closing in on 200 career points and helped the Cougars earn their first ever appearance in the Essex County Lacrosse Championship game. Lily was recognized at the award dinner at MayFair Farms in West Orange, NJ. Lily will be heading to Villanova University this fall.