Dr. Martin Luther King, Jr. said, "Let us realize the arc of the moral universe is long, but it bends toward justice." It doesn't happen by itself, but rather through the actions of pioneers who are willing to go against the tide of tyranny. 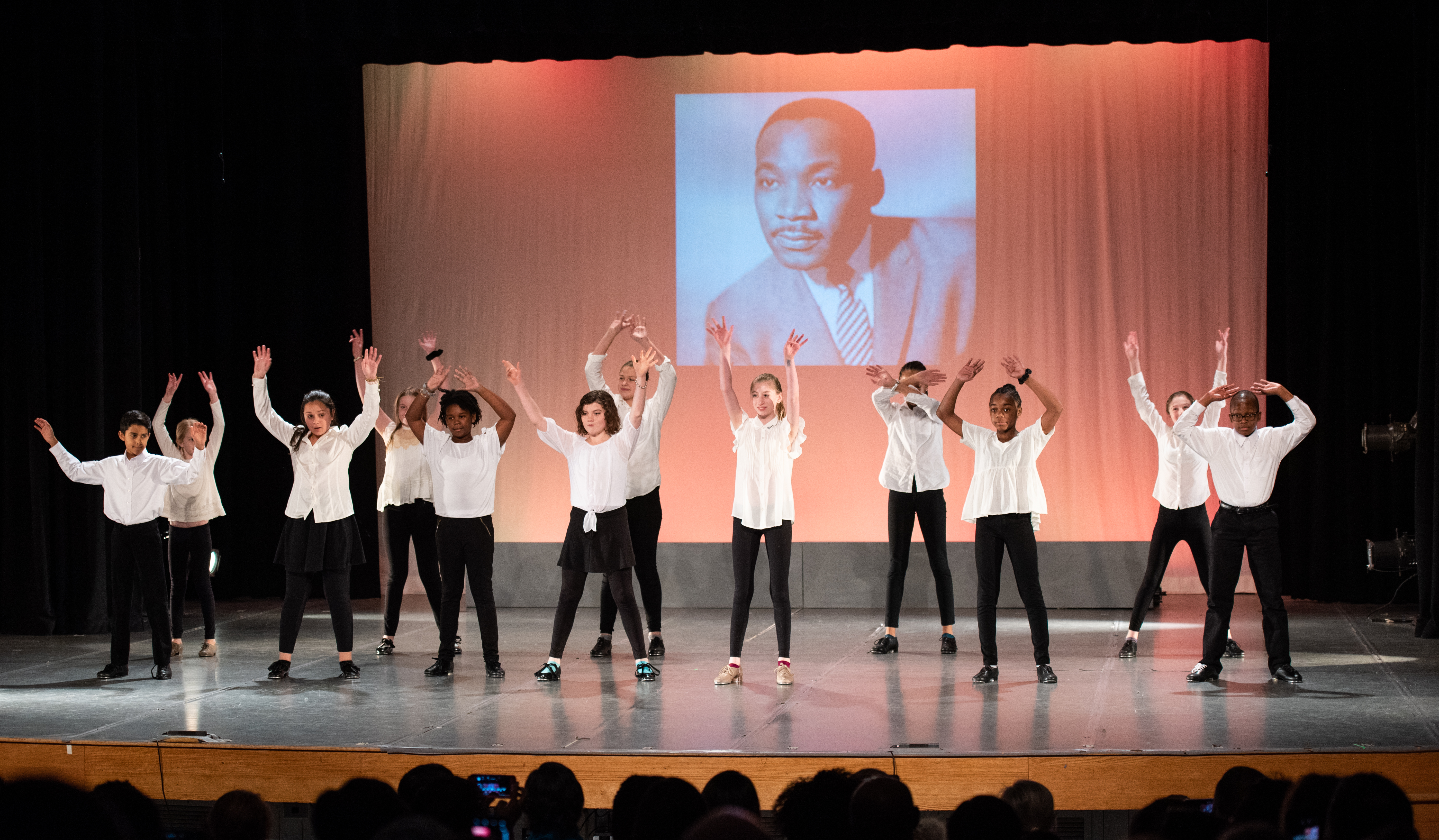 Both the in-school assembly and evening performances began with a heartfelt introduction by Dr. Carlaina Bell, who shared her own story of confronting the reality of Dr. King's dedication through proximity to those who sought to end injustice as well as those who suffered under its weight. The program included many outstanding performances at all grade levels that incorporated a variety of dance genres, including Latin, ballet, tap, modern, hip-hop, and Bollywood. A particular highlight of the evening was the sixth, seventh, and eighth grade Chinese class performances that were choreographed under the direction of Ms. Zhang in honor of the Year of the Pig. Students incorporated flags, flowing fans, and the powerful grace of tai chi into their celebration of Chinese culture. Congratulations to all on a beautiful and moving performance!